Languages are becoming increasingly important.  People with foreign language skills will definitely have the edge in the global economy of the 21st century. No matter what career you choose, if you’ve learned a second language (especially a critical one like Persian), you will have a real advantage. An employer will see you as a bridge to new clients and customers.

Studying a foreign language even gives you a new perspective on your own culture, a mediation between cultures. Learning a new language will make a difference in how you see the world and in how the world sees you.

Persian is one of the major languages of Middle East and Central Asia and it belongs to the Iranian branch of  the Indo-European language family and is related to English, French and German and written in Arabic script.
It is primarily spoken in Iran, Afghanistan, Tajikistan since the Soviet era, Uzbekistan and northern India. Historically, the areas where the language is spoken range from the Middle East to India, but today, Persian is understood in parts of Armenia, Azerbaijan, India, Iraq, Kazakhstan, Pakistan, Turkmenistan and Turkey.

Studying Persian provides an entry into a rich and diverse culture that produced major epic and Sufi poets such as Ferdowsi, Rumi and Hafez, exquisite miniature painting, fine carpets and world-class films. Since Persian has not changed significantly in over a millennium, the basic grammar for the classical and modern forms of the language is virtually the same and is relatively easy to learn.

Until just a century ago, Persian was also the cultural lingua franca in South Asia and is thus important for the study of the history of that region.

Persian studies at UCI offers students the opportunity to attain proficiency in the Persian language as well as the study of historical, literary, cultural and political aspects of Iran, the Persian diaspora, and more.

We encourage you to explore and experience the Persian language and culture Program at UCI  and we hope to see you in our Persian classes.

Persian at UCI allows students of all backgrounds to learn about Iranian, Afghan and Central Asia history, the Iranian religious tradition, Persian literature, and the Persianate World.

The Samuel Jordan Center for Persian Studies and Culture, originally established by the School of Humanities in collaboration with the Claire Trevor School of the Arts, became a campus center in January 2009. Dedicated to drawing on the strengths of the entire UC Irvine campus, the Center focuses on interdisciplinary research projects that bridge the arts, humanities, engineering, medicine, and the sciences. 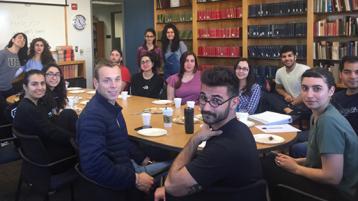 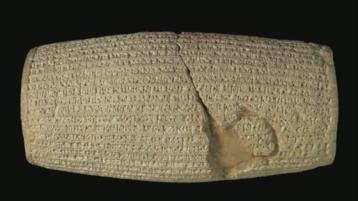 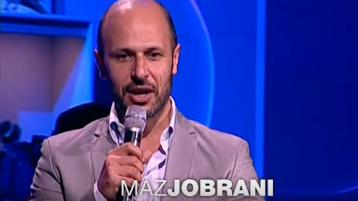 Maz Jobrani
TED TALK: Did you hear the one about the Iranian-American?
Read Full Article
More news