About the Equity Advisor Position 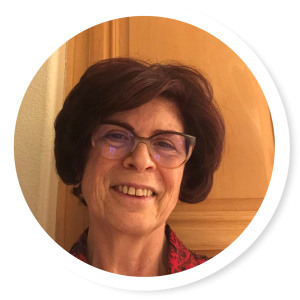 Nasrin Rahimieh is Howard Baskerville Professor of Humanities and holds appointments in Comparative Literature, European Languages and Studies, and Gender and Sexuality Studies.

She served as Maseeh Chair and Director of the Samuel Jordan Center for Persian Studies and Culture from 2006 to 2014.

Her teaching and research are focused on modern Persian literature, the literature of Iranian exile and diaspora, contemporary Iranian women’s writing, and postrevolution Iranian cinema. Among her publications are Iranian Culture: Representation and Identity (2015), Forugh Farrokhzad, Poet of Modern Iran: Iconic Woman and Feminine Pioneer of New Persian Poetry (2010) co-edited with Dominic Parviz Brookshaw, Missing Persians: Discovering Voices in Iranian Cultural History (2001), the English translation of the late Taghi Modarressi’s last novel, The Virgin of Solitude (2008), and Oriental Responses to the West (1990).

Her current project is on contemporary Iranian women’s literature.

About the Equity Advisor role

The Vice Chancellor for Equity, Diversity and Inclusion, Douglas Haynes, through the Office of Inclusive Excellence appoints an equity advisor for each school, who, in collaboration with the Dean, participates in the recruitment process, organizes faculty career advising, and promotes equity and diversity within the School of Humanities.