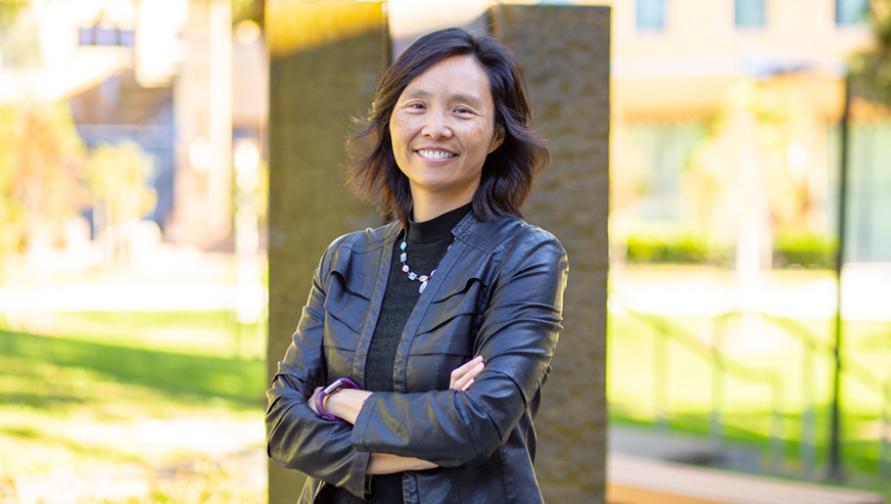 “Every girl in Little League, every woman playing college sports, and every parent – including Michelle and myself – who watches their daughter on a field or in the classroom is forever grateful to the late Patsy Takemoto Mink,” President Barack Obama said as he posthumously awarded Mink the Presidential Medal of Freedom in 2014.

This year marks the 50th anniversary of Title IX. Recognized for its impact on university athletics, many have heard of the landmark civil rights law banning gender-based discrimination in government-funded schools. But few know of Patsy Mink, the major author of Title IX, who co-sponsored and championed the law as a response to the adversities she faced as an Asian American woman navigating higher education in the 1940s.

“Mink was relatively well-known in her day, but she’s fallen out of the popular imagination, and people don’t know her as well as they should anymore,” says Judy Tzu-Chun Wu, UCI professor of Asian American studies and director of the Humanities Center.

Intent upon restoring Mink’s place in history, Wu is the author of the first-ever biography on the “powerhouse” lawmaker: Fierce and Fearless: Patsy Takemoto Mink, First Woman of Color in Congress (New York University Press, 2022).

Throughout her half-century as a public servant, Mink left an indelible mark on American history. In 1964, she became the first woman of color elected to U.S. Congress. During her life, she fought alongside fellow legislators and grassroots activists to promote domestic and international equity, sustainability and peace. Despite her expansive track record, though, politics wasn’t Mink’s first career choice. It wasn’t even her second.

Mink had always dreamt of being a doctor, but when she applied to medical schools in the 1940s, she was denied entry because of her race and gender. Somewhat reluctantly, Mink set her sights on law, but was effectively barred from the legal field due to the same discrimination. Only after these two thwarted careers was she compelled to run for office in her native Hawai’i – “out of sheer necessity,” Wu explains.

“It was incredibly frustrating for Mink, this brilliant Asian American woman, that there were so few educational and professional avenues open to her at the time,” Wu says. “Rather than accept that those doors were closed to women of color, she decided she’d help to open them. That’s how her political career began – out of a genuine desire to effect social change and to create the opportunities that she didn’t have.”

Throughout the book, Gwendolyn Mink’s vignettes illuminate how her mother navigated the “old boys’ network” of U.S. politics in the 20th century, while Wu supplies the historical context behind Mink’s political career, illuminating her anti-war efforts as well as her early advocacy for sustainability, antiracism and intersectional feminism.

The biography follows Mink from her upbringing in Maui, to her early-career challenges as a third-generation Japanese American, to her first trailblazing set of Congressional terms from 1965 to 1977. Wu also charts Mink’s ground-breaking presidential run in 1972, explains her hiatus from national politics in the 1980s and finally, narrates her eventual return to the House of Representatives from 1990 until her death in 2002.

Perhaps Mink’s most notable achievement – and the piece of legislation of which she was personally proudest – is Title IX, which was posthumously named after Mink after she passed away in 2002. Issued in 1972, Title IX ensures that “no person in the United States shall, on the basis of sex, be excluded from participation in, be denied the benefits of, or be subjected to discrimination under any education program or activity receiving Federal financial assistance.”

As the publication of Fierce and Fearless coincides with the 50th anniversary of Title IX’s passage, Wu hopes it will bring Mink back into the public and historical imagination. She points out that “Mrs. America,” Hulu’s 2020 miniseries about feminist politics in the 1970s, doesn’t even feature Mink as a character. In addition, during Hillary Clinton’s 2016 presidential campaign, the Organization of American Historians exhibited materials related to Shirley Chisholm, the first Black woman in Congress, but did not mention Mink.

Wu believes that Mink’s “integrity” and “commitment to change” could inspire the kind of selfless, collaborative civic engagement that Mink modeled throughout her life.

“When Mink ran unsuccessfully for Senate in 1975, she nevertheless articulated her views that responsible political leadership means being ‘ahead of the majority,’ and that integrity is what I find most admirable about her,” Wu says. “She talked about how being a political leader means that you often have to take the first stand. You can’t wait for something to be popular or safe before you support it – you have to advocate based on political principles and ethics. I love that she was always willing to push for the right thing, even when it was not clear that she could actually win.”

To coincide with the publication of Fierce and Fearless, Wu is working with recent UCI alumna Vian Nguyen ’21 (B.A. comparative literature) to create a comic about Mink’s impact, which they hope will be accessible to younger readers. With this effort, plans to develop lesson plans for middle school and high school students, as well as through Wu’s biography, they hope to impart Mink’s legacy to a new generation.

“We’ve become very jaded by politics, especially when it comes to mainstream institutions like Congress,” Wu says. “But Mink was someone who walked within those very difficult halls – negotiating, navigating and advocating. She represents the idea that political change is possible, even within ‘the system.’ She proved that radical ideas could be introduced and that legislation doesn’t have to be color-blind and gender-blind. It could represent the intersectional needs of the people who most need support. It could make a better world possible.” 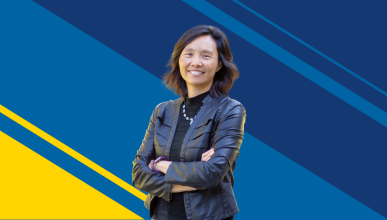 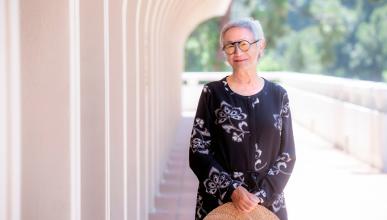 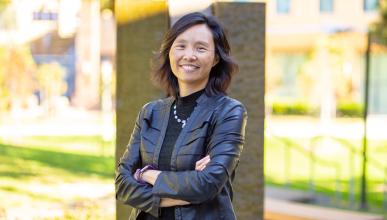 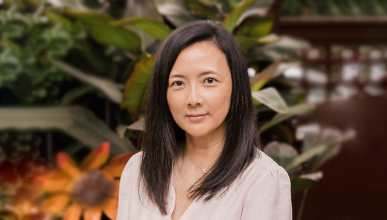 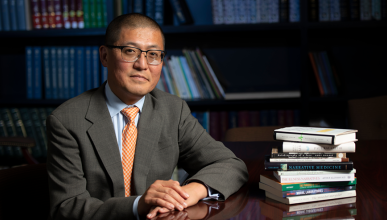